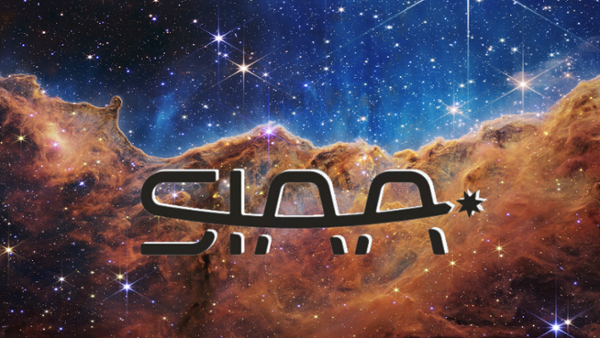 US-Australia Space Cooperation: This week SIAA member Rocket Lab launched a classified satellite mission jointly developed by the US National Reconnaissance Office and the Australian government, from Launch Complex 1 in New Zealand. The partnership further integrates US-Australian space assets to support the surveillance priorities of both countries. A second jointly-developed spy satellite launch is scheduled for later this month.

Australian company to join Artemis Moon Mission:  AI Robotics company Advanced Navigation has announced a deal with US space systems firm Intuitive Machines to incorporate its technology into Artemis lunar landers. Before the systems are commissioned, the company’s technology will collect data onboard the first Artemis test mission later this year. The technology is expected to be used as part of four moon landings and onboard two lunar satellites by 2025.

James Webb Telescope First Images: The first instalment of photos from the James Webb telescope were released this week. View the images here.

SpaceX Starship Booster Test Explosion: During a routine test of SpaceX’s Booster 7 prototype, one engine unexpectedly exploded causing flames and smoke to erupt from the booster. SpaceX CEO Elon Musk noted that ‘damage is minor, but booster will be transferred back to the high bay for inspections, returning to the launch stand probably next week.’

ExoMars Mission Cooperation Terminated: The European Space Agency has formally announced the end of its cooperation with Roscosmos on the ExoMars mission. Following the Russian invasion of the Ukraine earlier this year, the ESA suspended cooperation on the development of a Mars rover that could launch atop a Soyuz rocket from a Russian launch site. The launch was previously scheduled for September but is now projected to not occur until 2028.

UK Defence Satellite: Airbus has successfully completed the Critical Design Review of the UK MOD secure military communications satellite, SKYNET 6A. The military payload, planned to launch in 2025, is being manufactured entirely in the UK in partnership with 45 SMEs and subcontractors.

US Department of Homeland Security Space Policy: A newly published space policy  has redefined and updated the role of Homeland Security in the space domain. The policy emphasises the need to protect commercial and government space-based systems from threats, cyberattacks and disruptions. The report also suggests the creation of contingency plans to allow the US to operate in a potentially degraded space environment. Read the full policy here.

US Space Force: SIAA Foundation member Northrop Grumman has been awarded a $22 million contract to develop a satellite bus that can carry multiple payloads and demonstrate in-orbit refuelling in GEO. The satellite’s design will be based on the company’s existing ring-shaped satellite bus and will be able to rideshare on national security space missions as a secondary payload. The contract is expected to be delivered in 2026.

Space Debris Reduction: China has unfolded an approximately 25 square metre deorbiting sail attached to the payload adapter on the upper stage of a rocket launched last month. The Shanghai Academy of Spaceflight Technology plans to use the sail to help deorbit the 300-kilogram payload within two years.

Software Defined Space to Ground Capability: Quasar Satellite Technologies has partnered with US software-as-a-service company Antaris to bring space-to-ground services to market. Customers will have the ability to manage satellites through a single ground station platform, as Quasar’s fully digital ground station has the capacity to communicate with up to 100 satellites simultaneously on the same antenna, increasing efficiency and reducing cost.

Hosted Payloads for US Intelligence: US Space Force is considering using commercial operators to host payloads that can provide Defense with intelligence, surveillance and reconnaissance data (ISR). While US Space Force remains hesitant to directly contract commercial operators to provide this data, barriers to the US DoD building and overseeing defence satellite constellations have led to the consideration of alternatives, such as payload hosting.

Starlink Maritime Services: SpaceX has announced a new Starlink maritime service to provide satellite internet to yachts and oil rigs for USD$5000 a month. Earlier this week, SpaceX completed its 29th launch of 2022, launching an additional 46 Starlink satellites into LEO.

Following the announcement of a deal with Axiom Space earlier this week, Saber Astronautics will develop the first formal program to enable Australians and Australian industry to have a presence on the International Space Station and future Axiom Space Station. Through the formal program Australian organisations will have access to the ISS’s microgravity laboratory, enabling the creation of a new generation of space-developed technology. The program aims to directly involve Australian industry, opening space-developed technology up to broader use across multiple industries. Saber further intends to select members of the Australian public for human spaceflight. To outline the company’s Australian Astronaut Program, Saber Astronautics will host an industry briefing on Tuesday 19 July from 4pm-6pm.

Where: National Gallery of Australia, Canberra

The Innovation Papers is a collection of policy papers contributed by leaders from across the ecosystem and published in newspaper format.

The papers will be presented at Live forum at The James Fairfax Theatre at the National Library of Australia in Canberra on Thursday August 4, immediately followed by a leadership networking lunch in the library’s Gandel Hall.

Reserve your place at this important event now: SEATING IS LIMITED, for both the forum and the networking lunch. BOOK NOW.

SIAA would like to invite Sydney space industry professionals to an informal drinks at Atomic Brewery. All space professionals are welcome across industry, academia and government. There is no need to RSVP, but please feel free to register your attendance on the Buena Astra Social Club LinkedIn page here.

We hope to see you there!

Founded in 2002, Geospatial Intelligence is a fully Australian owned and staffed specialist provider of geospatial data, analysis and analytics. As a leading Australian re-seller of very high resolution optical and radar satellite imagery, Geospatial Intelligence converts geospatial data into information to deliver solutions for all sectors of the geospatial market. The company offers a range of products and services that customers can use to enhance domain awareness and knowledge, offering customers a strategic and competitive advantage. Key capabilities in analysis and analytics have allowed the development of award-winning tools that can automatically extract and process specific information from large datasets to support informed decision-making. Geospatial Intelligence’s capacity to directly task satellites, and request targeted imagery from other satellites allows the company to meet the needs of every customer. The company’s significant capability can be applied to developing solutions related to environmental management, emergency management, resource management and infrastructure monitoring. Tailored solutions are partnered with ongoing client support to ensure that customers build their own internal capability and achieve the greatest benefit from Geospatial Intelligence’s services.