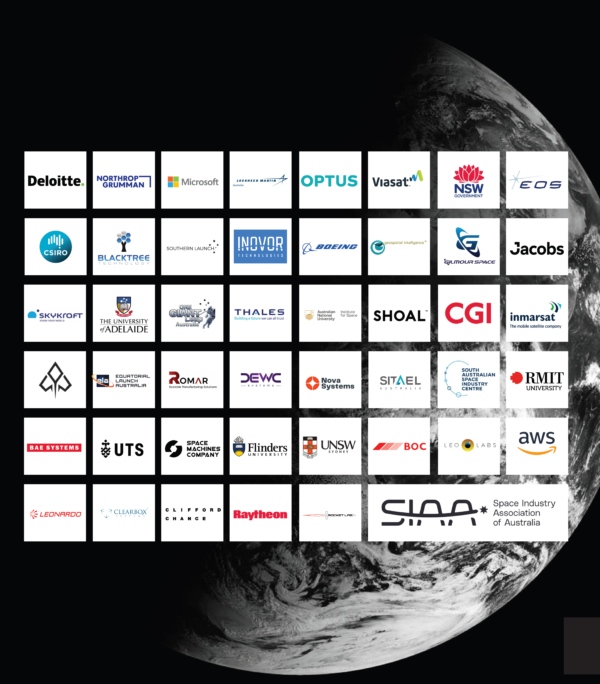 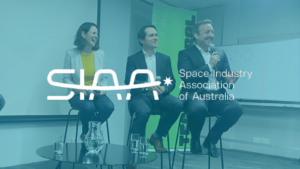 Southern Space is a weekly newsletter produced by SIAA to inform the Australian space industry.

It has been excellent to see a number of industry announcements in the past weeks which will tangibly move us forward to higher levels of TRL and more substantial revenues. The allocation of government MMI-C grants to projects led by Fleet, EOS, Gilmour Space, and Hypersonix will substantially advance our sovereign capabilities and open new revenue streams for our industry. Workforce continues to be the critical dependency and biggest risk for Australia’s space ambitions. I was struck at the 37th Space Symposium in Colorado Springs by how many people, regardless of country, were concerned for workforce development and skilling.

Tomorrow’s election is unlikely to bring significant changes to the trajectory of our industry, both major parties remain committed to advancing Australian space. At this stage, it seems likely that there will be a change of government to the ALP, you can read a detailed analysis of recent voting trends compiled here. The ALP has announced policies to create an Australian equivalent of DARPA, the Australian Strategic Research Agency, to leverage and fund strategic technology as well as a $1bn Critical Technologies Investment Fund to invest in robotics, software development, artificial intelligence and quantum computing. You can also read ALP Deputy Leader Richard Marles speech to our Southern Space Symposium to see how an Albanese government would approach space industry issues. The ALP and Liberal parties have thus far resisted our entreaties to commit to making the Australian Space Agency an independent statutory agency. Regardless of the outcome of tomorrow’s election we will continue to advocate for government to establish a dedicated Minister for Space Industry and to accelerate efforts to grow sovereign space capabilities. We will also work to build knowledge on space issues across the federal parliament to ensure national decision makers are connected to our industry priorities.

A new economic analysis published by Citigroup this month predicts launch costs will fall to between $33 and $100 (USD) per kilogram by 2040, driven by evolutions in material and fuels, production, and reusable rockets and launch vehicles. It predicts the space economy will generate $1 trillion (USD) in annual sales by 2040 with the fastest revenue growth (23% CAGR) to come from new applications and industries such as space-based solar power, logistics, exploration, tourism, mining, and microgravity experimentation in commercial space facilities.

We are delighted to be hiring for a new position for our growing team here at SIAA HQ. We are looking for an industry analyst to kick off the rebuild of SIAA’s industry capability database and publish insights and analysis of industry trends for our members. You can view the ad here. A reminder that our Southern Space jobs board is available for SIAA members to advertise jobs for free, just contact operations@spaceindustry.com.au.

Deloitte to Assist in National Space Mission Delivery: SIAA Foundation member Deloitte has entered into a $1.3 million contract with the Department of Industry, Science, Energy and Resources to provide program management staff that will support the delivery of the National Space Mission in partnership with the Australian Space Agency and other government agencies.

Upcoming Australian Launches with SpaceX: SIAA member Skykraft will launch five of its satellites onboard a SpaceX Falcon 9 rocket as early as October this year. Prototypes for a planned constellation of 210 satellites, the five satellites will provide Air Traffic Management from space by monitoring aircraft ADS-B location signals. Communicating across satellites and with ground stations by radio frequency links, the satellites are designed to all locate a single aircraft simultaneously, directly addressing current limited ground station coverage.

SIAA member Space Machines Company has secured the support of SpaceX as a launch partner to launch its Optimus Orbital Transfer Vehicle (OTV). The Optimus spacecraft’s assembly and integration will occur at the Space Machines Company headquarters, located within the University of Technology Sydney’s Tech Lab, with launch planned for April 2023.

Trailblazer Universities Initiative Announced: The University of Southern Queensland, along with university partners ANU and the University of South Australia have been named as recipients of the $362 million Trailblazer Universities initiative. Along with industry partners, the universities will use Trailblazer funding to research and develop space technology under USQ’s Innovative Launch, Automation, Novel Materials, Communications and Hypersonics hub (iLAuNCH). The national space commercialisation hub is expected to generate $3.65 billion in economic benefits and further support the growth of the Australian space industry across multiple states.

Commercial Spaceflight Partnership: Britain and the US have signed a commercial spaceflight partnership agreement to streamline spaceflight launch operations. The agreement removes duplicated licensing, reduces costs and lessens procedure burdens to allow US and British companies to launch more easily from either country’s spaceports.

Indian Space Research Organisation: The ISRO has successfully completed the static test firing of the solid fuel powered rocket booster engine that will be used for its Garganyaan human spaceflight mission. Planned to launch in 2024 the ISRO has also confirmed an implementation arrangement with the Australian Space Agency to establish a transportable TTC terminal on Australia’s Cocos Island for ascent support and has completed a proof-of-concept to utilise SIAA member Amazon Web Services ground services to track the spaceflight’s orbit.

Direct Access to Commercial Imaging Satellites: MAXAR is expanding their Earth imaging and space infrastructure services to offer military units a mobile access terminal. The terminals can be used in the field to downlink electro-optical and radar imagery from MAXAR and other commercial satellites.

UK Launch: California-based Astra Space has signed an agreement to launch from the SaxaVod spaceport in the Shetland Islands as early as 2023. Although the spaceport is still under construction, Saxavod has future launch commitments from major space companies, including SIAA member Lockheed Martin.

Bilateral Strategic Dialogue on Space Issues: India and France have released a joint statement announcing their cooperation to address challenges in space; including secure access to space, economic challenges and the creation of norms and principles. The first round of the dialogue will occur later this year at the earliest and will include experts from defence and space agencies.

Women in Space – Impacting the World and Beyond